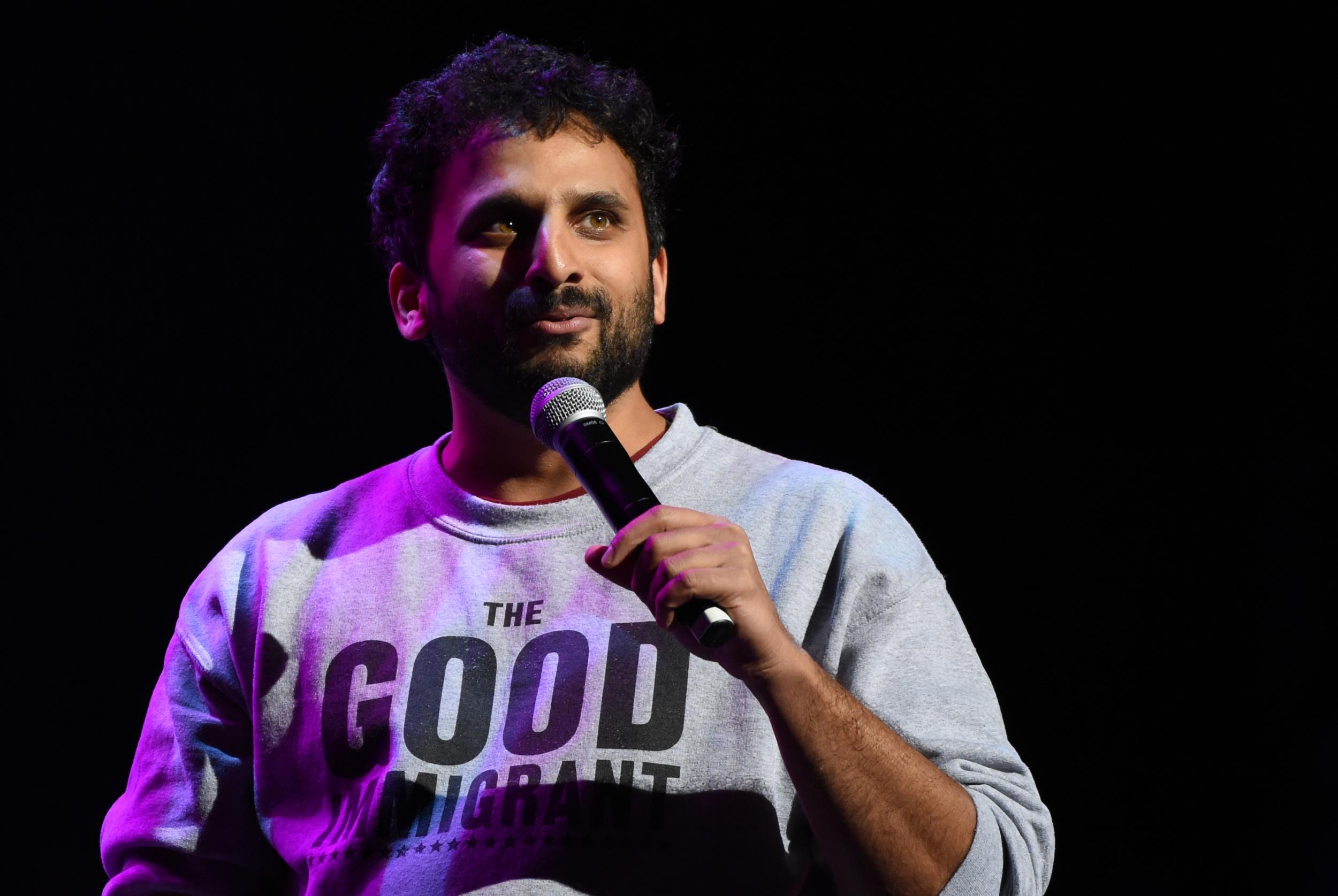 Comedian Nish Kumar has laughed off an incident in which he was booed off stage and pelted with a bread roll at a charity event.

Mr Kumar was forced to leave the stage during the Lord’s Taverners’ Christmas lunch at Grosvenor House in London’s Park Lane when he was heckled by the crowd.

His set was said to have started off well, but the crowd took a turn when he moved onto his Brexit material.

Footage of the TV star shared on social media shows the crowd jeering as Kumar refuses to leave the stage.

At one point, a bread roll was thrown towards the stage.

Kumar is then approached by the compere who offers to shake his hand before bringing his set to a close and moving on to the raffle.

Jon Austin, who shared the clip on Twitter, tweeted: ‘Can tell you how bad he was, being booed after about 2 minutes then refused to leave the stage till they stopped booing.

Mike Fitchett, a 68-year-old Taverners member from Oxfordshire, was in the audience.

He told the MailOnline: “Harry Redknapp was tremendous and we were having a really good day, as we always do.

“Then this man, who is supposed to be a comedian, gets up and delivers what could only be described as a political speech.”

Mr Fitchett added: “He should have just left the stage but he refused to do so.”

He posted a video of Bob Dylan talking about being booed while on stage.

The BBC presenter then followed that tweet with another which said: “In my defence, it was only one bread roll and it missed me.”

Irish people have ‘no right’ to be racist