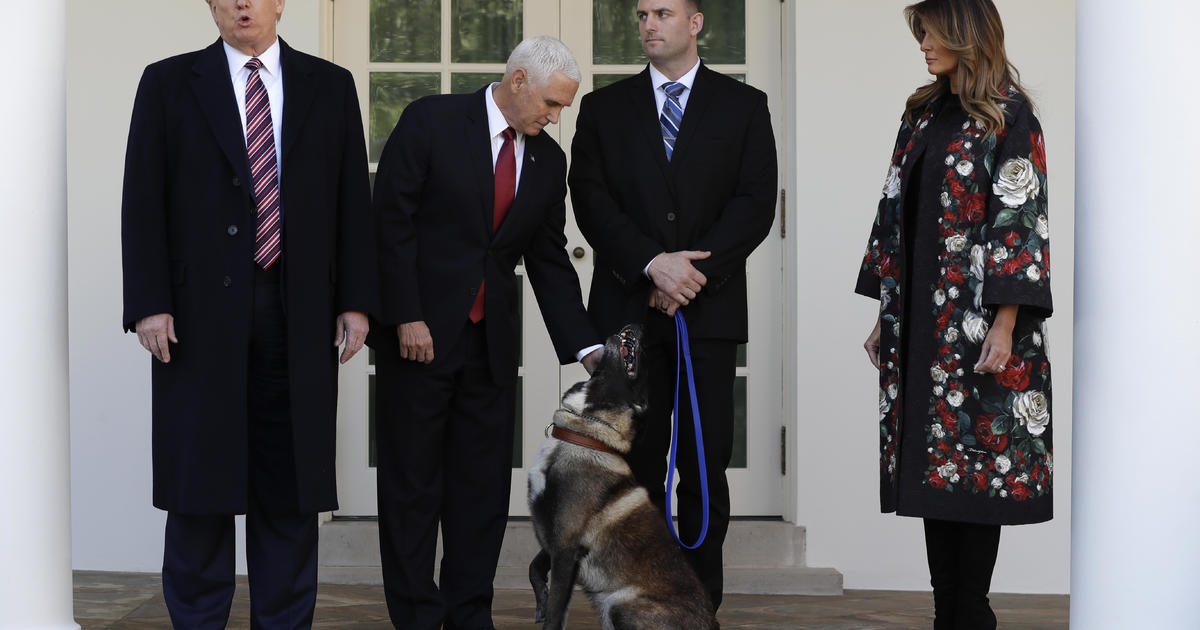 The Trumps may not want a dog at the White House, but they honored one at the White House Monday — Conan, the “ultimate dog” that helped the U.S. military bring down ISIS leader Abu Bakr al-Baghdadi in Syria last month.

“Conan did a fantastic job. And we’re very honored to have Conan here, we’ve given Conan a certificate and an award that we’ll put up in the White House,” the president told reporters.

Conan was injured in the raid that ended in the death of the ISIS leader, but he’s back on the job, as Mr. Trump confirmed Monday. When a reporter asked the first lady if she wants to keep the dog for Barron, their teenage son, the first lady responded, “no,” with a smile.

Conan’s identity was declassified after the raid, given the high level of public interest, but the dog’s normal handler did not appear in the White House for security purposes. Conan, a Belgian Malinois, was sent into a tunnel to subdue al-Baghdadi during the raid on a compound in Syria. The ISIS leader detonated a suicide vest, killing himself and three of his children.

Mr. Trump did not pet the dog, although the vice president did. The Trumps’ decision not to have a dog at the White House is a rare one for U.S. presidents.