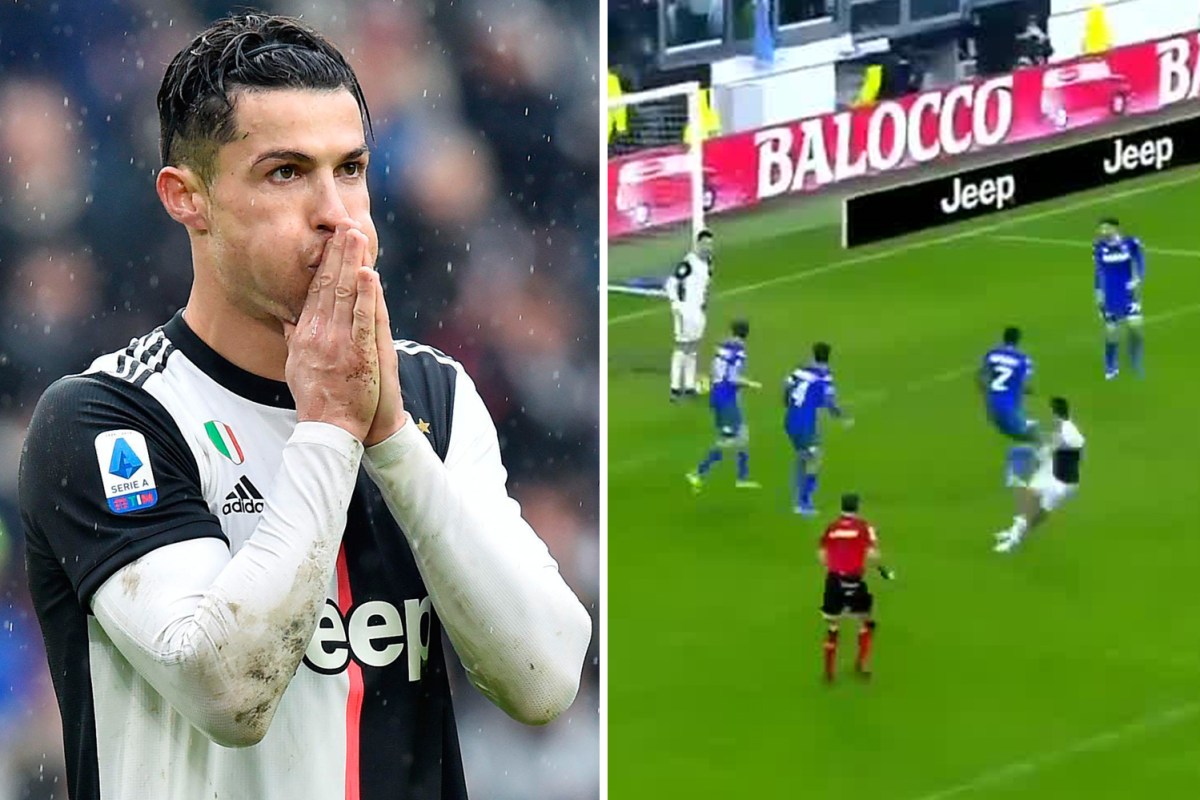 JUVENTUS lost their place atop Serie A after a poor draw on Sunday – but it could all have been different were it not for Cristiano Ronaldo.

The Portuguese winger endured another tricky afternoon despite scoring a penalty in the 2-2 draw with Sassuolo.

Plenty of players were guilty of missing big chances and Ronaldo, who had nine shots, was certainly one of them.

But arguably the most telling intervention he made was when he clumsily blocked Paulo Dybala’s shot that could have won Juventus the game.

Gonzalo Higuain squared the ball for the striker who shot on the turn, only to find Ronaldo standing in the way of the goal.

Having also gone in for the cross, the 34-year-old had stopped his run when the ball didn’t go in his direction and ended up in the worst possible place.

The score was 2-2 at the time, with 20 minutes remaining after Ronaldo had scored a spot-kick that Dybala had won.

It ended a run of four games without a goal for the ex-Real Madrid forward with it Dybala who stepped up during Ronaldo’s goal-less November, registering three times in that period.

Juventus fell to second place as a result of the draw, Sassuolo coming back from a Leonardo Bonucci rocket to lead via Jeremie Boga’s chip and a Gianluigi Buffon howler.

A tame Francesco Caputo shot somehow bobbled over the veteran to help restrict Maurizio Sarri to just a point.

Inter Milan are the new leaders of Serie A thanks to a Lautaro Martinez brace sealing their 2-1 win over SPAL.

NCAA FOOTBALL: Let’s hurry up and get to more chaos to round out the regular season