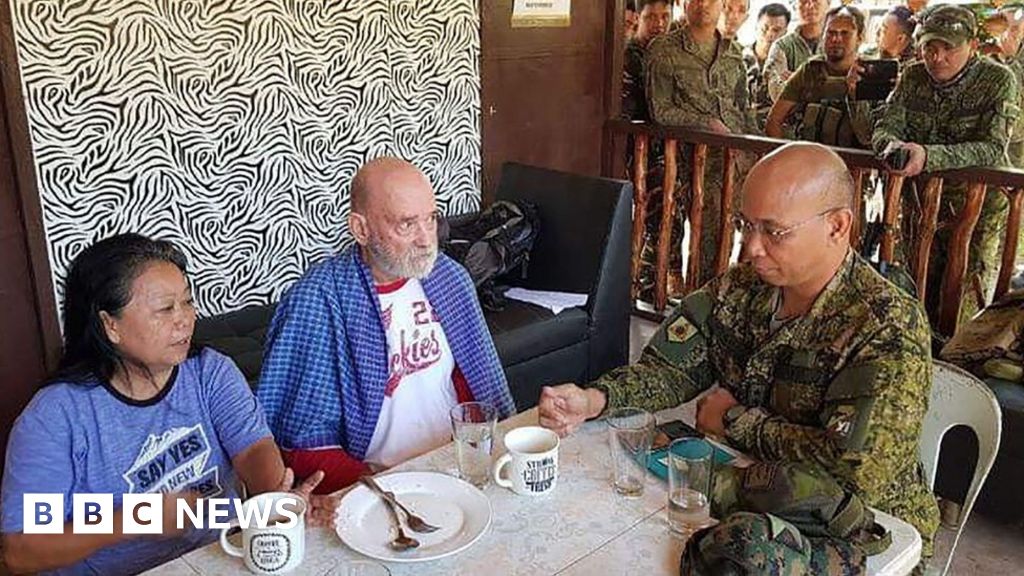 A British businessman and his Filipino wife have been rescued from their abductors in the southern Philippines, the country’s army has said.

Allan Arthur Hyrons, 70, and wife Wilma were taken from their beach resort on the southern island of Mindanao by four armed men on 4 October.

They were freed after a gun battle with the kidnappers in the neighbouring Sulu region at about 17:00 GMT on Sunday.

The couple were taken for medical checks after their abductors fled.

Mr Hyrons, who is a dual national, has lived in Mindanao’s Zamboanga del Sur region with his wife since 2013.

The island has several militant groups operating on it which are known for kidnapping.

The Foreign and Commonwealth Office advises Britons against all travel to the area where Mr Hyrons was taken.

In May this year a 59-year-old Dutch hostage was reportedly killed by his captors on the nearby island of Jolo.

The Philippine army said Ewold Horn, who had been kidnapped in 2012, was shot as his captors fled a confrontation with troops.

Deficiencies in Irish language Bill ‘a matter of concern’