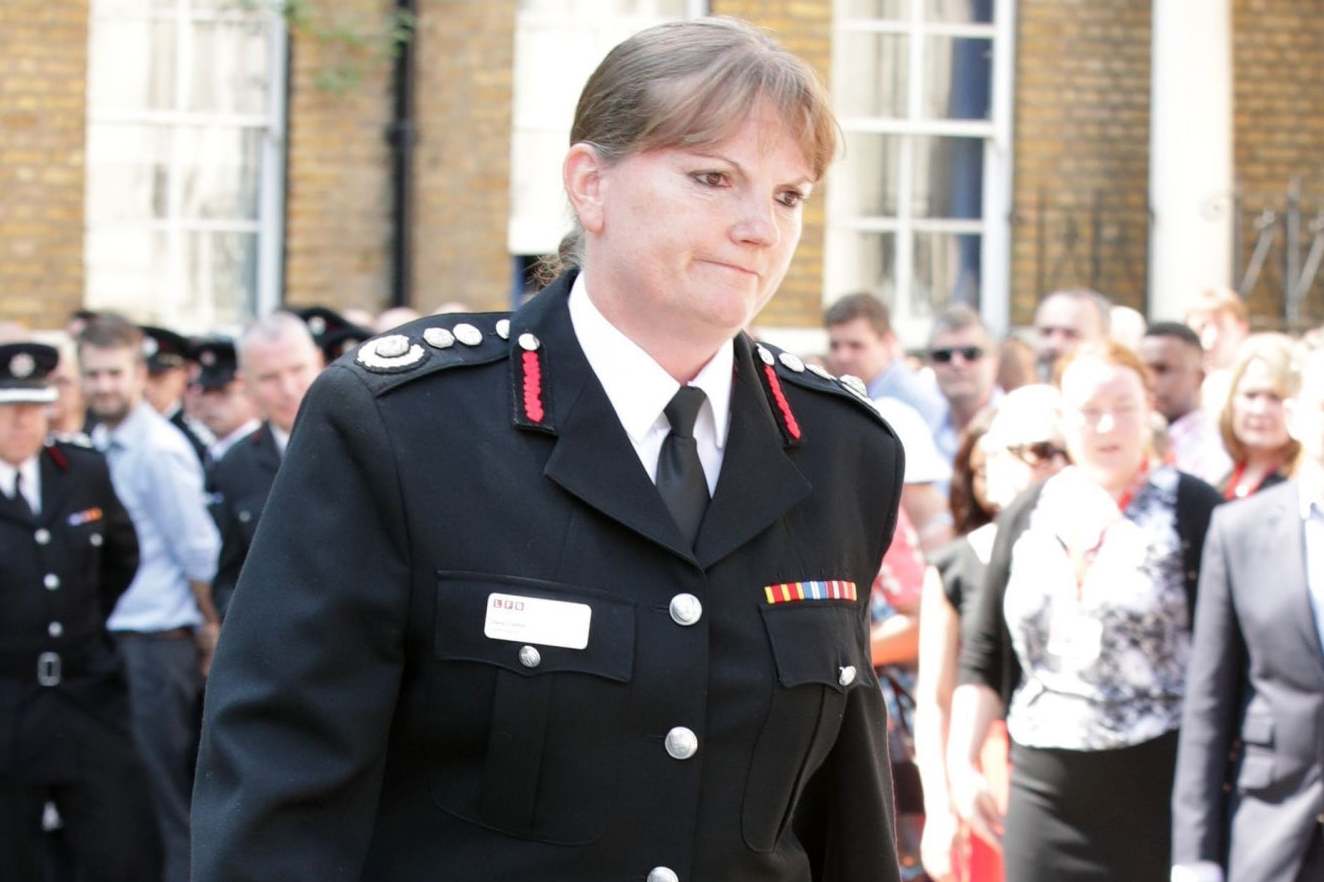 An examination of the country’s fire services said LFB was “worryingly inadequate” at “getting the right people with the right skills”.

The findings come after the brigade’s commissioner Dany Cotton announced earlier this month that she would be stepping down after losing the support of bereaved families following the Grenfell Tower fire.

The fire service, which is the largest in the country, was described as being well-resourced with staff and exceeding its own standards on response times.

But the same report by Her Majesty’s Inspectorate of Constabulary and Fire and Rescue Services (HMICFRS) was particularly scathing of its current effectiveness for protecting the public through fire regulation.

Ms Cotton had seen the watchdog’s report, which was published on Tuesday, before she announced the decision to bring her resignation forward to the end of this month from April 2020.

London Fire Brigade (LFB) was one of three services across England to require improvement in three key areas, according to the root and branch examination by HMICFRS.

LFB Firefighters are attending a disproportionately high number of false alarms, while some fire engine drivers have not received refresher training for 20 years, the watchdog said.

The investigation, which analyses performance across one third of the country’s 45 fire services at a time, also found Essex and Gloucestershire were underperforming in terms of the effectiveness and efficiency of its service, as well as how it treats its people.

Matt Parr, HM Inspector of Fire and Rescue Services, said: “This is a disappointing report: there are too many areas where the London Fire Brigade needs to make improvements.”

He added: “Many of its projects are wasteful, projects get started and stalled.

“The organisation as a whole is slow to learn.

“We are absolutely not criticising every firefighter in London – there are lots of people who are very dedicated.

“But what it doesn’t leave you with is the impression that the organisation is well-run and where value for money is top of their agenda.”

The report said LFB “has clearly learned lessons from the Grenfell Tower incident”. However, it added that the service “has been slow to implement the changes needed, which is typical of the brigade’s approach to organisational change”.

And it found some fire engine drivers had not received refresher training for up to 20 years, despite national guidance recommending this takes place every five years.

Elsewhere, the inspectorate found most of the senior commanders said they had not had incident training “for several years”, while there is no systematic training programme for firefighters tasked with responding to terror attacks in the capital – with many frontline officers saying they do not have suitable personal protective equipment and “lack the confidence” to respond.

The report found LFB had not done enough to “reduce the burden of false alarms”, in that it was only managing to weed out 3.7 per cent of automatic fire alarm requests for assistance – much lower than the average of 30 per cent across England.

Mr Parr described LFB response times – some six minutes and 39 seconds on average as of the year 2017-18 – as “excellent”, but said around 48 per cent of its call-outs were false alarms.

He said: “The people driving those (fire engines) around – arguably unnecessarily – are years out of date for driving 15-tonne fire trucks – that speaks to me of a service which is woefully out of date.”

The report did not make explicit reference to the brigade’s widely-condemned “stay put” policy, when Grenfell residents were told to remain in their flats by firefighters and 999 operators for nearly two hours after the blaze broke out in the middle of the night in June 2017.

Sir Martin Moore-Bick, the chairman of an inquiry into the tragedy, subsequently identified how more lives could have been saved had the policy been abandoned sooner.

Andy Roe, who will replace Ms Cotton as London Fire Commissioner from January, said: “I recognise that what’s been highlighted in the report isn’t good enough and as the new commissioner I am committed to making the necessary improvements when I take on the position in January.

“We are already delivering some of the key improvements they have highlighted and doing everything we can to provide the best possible service to the people of London and keep them safe.”

Matt Wrack, Fire Brigades Union general secretary, described the latest reports as “a complete indictment of the Government’s dangerous complacency over the risk of fire, flooding, and other hazardous incidents”.

He added: “Austerity has ravaged our fire and rescue service, leaving residents in many areas at risk.

“With no national standards and no national infrastructure coordinating fire and rescue service policy, residents inevitably face a postcode lottery of fire safety.

“While fire service bosses must be responsible for any failings, so too should the politicians who have starved them of funding, resources and boots on the ground. Our service is collapsing – it’s plainly unsustainable.”