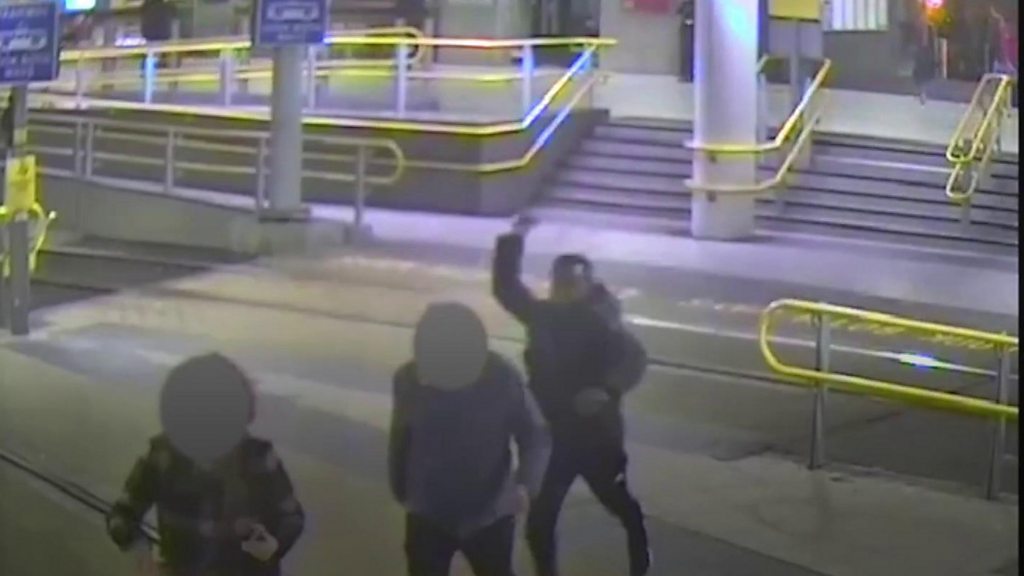 A man who tried to kill three people, including a police officer, in a frenzied knife attack at a railway station has been detained for life.

He was told he would serve a minimum of 11 years after admitting three counts of attempted murder and a terror offence at Manchester Crown Court.

Mohamud will serve his sentence in a high security psychiatric hospital.

The court previously heard Mohamud stabbed James Knox repeatedly in the back, shoulders and head and slashed Anna Charlton across the face, before attacking Sgt Valentine a British Transport Police officer.

“There you spotted Mr Knox and Mrs Charlton. You followed them took out one of your knives and attacked them. You attacked them intending to kill them.”

The judge acknowledged Mohamud suffered from paranoid schizophrenia which led him to believe the government has been controlling his body using ultra-high frequency waves.

But he said although mental illness was a significant contribution to his interest in jihad, Mohamud retained substantial responsibility and culpability for these attacks.