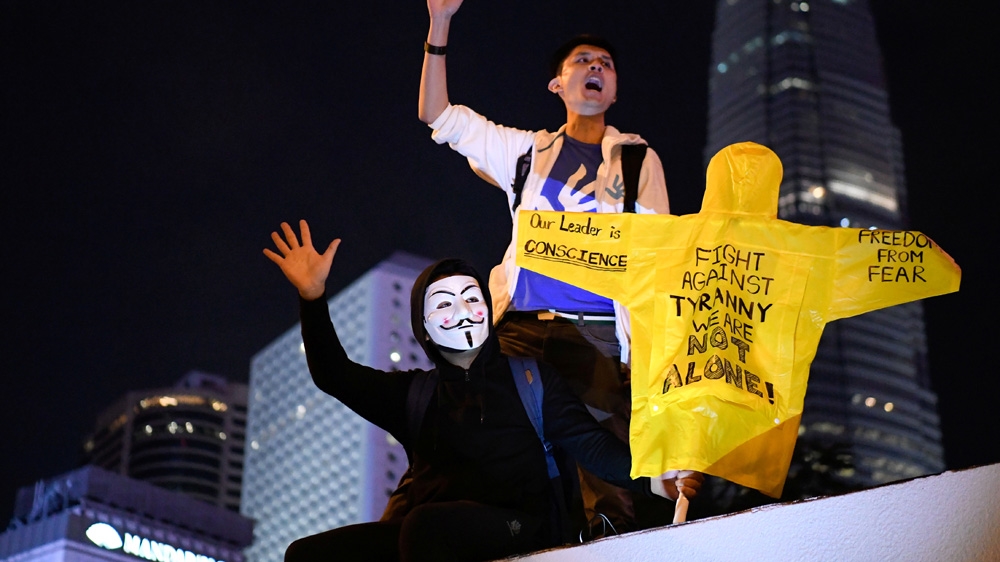 Hong Kong, China – Braving an unseasonal chill, protesters returned to Hong Kong’s central park on Sunday in their hundreds of thousands as the anti-government movement hit the half-year mark.

A sea of demonstrators, mostly clad in signature black attire, plodded peacefully along the six-lane main road from Victoria Park to the downtown business district.

Many chanted slogans and held posters denouncing the police. “Rotten cops are killers, rapists and gangsters!” they shouted.

Organisers estimated the turnout at 800,000, a sign that people power was still going strong after six months in this city of 7.4 million. However, police told local media that 183,000 people attended.

Two million-strong marches in June forced Chief Executive Carrie Lam to shelve a controversial extradition bill that had initially sparked the protests, which have since evolved into a wide-scale movement for greater democracy in the semi-autonomous territory.

“We must remind Carrie Lam these still are a lot of people. We urge her to look squarely at this and seriously consider our demand for an independent commission,” said Jimmy Sham, one of the march organisers from the Civil Human Rights Front.

Although the extradition bill was formally withdrawn in October, public anger remains intense, driven by Lam’s refusal to address protesters’ demands – an independent inquiry into alleged police brutality; amnesty for the nearly 1,000 people charged with offences stemming from the protests; a retraction of the police assertion that protesters are guilty of rioting; and universal suffrage to elect the full legislature and chief executive.

Lately, Lam has promised to establish an independent review committee to examine the root causes of the unrest, but protesters insisted police tactics in suppressing the unrest ought to be the main focus. 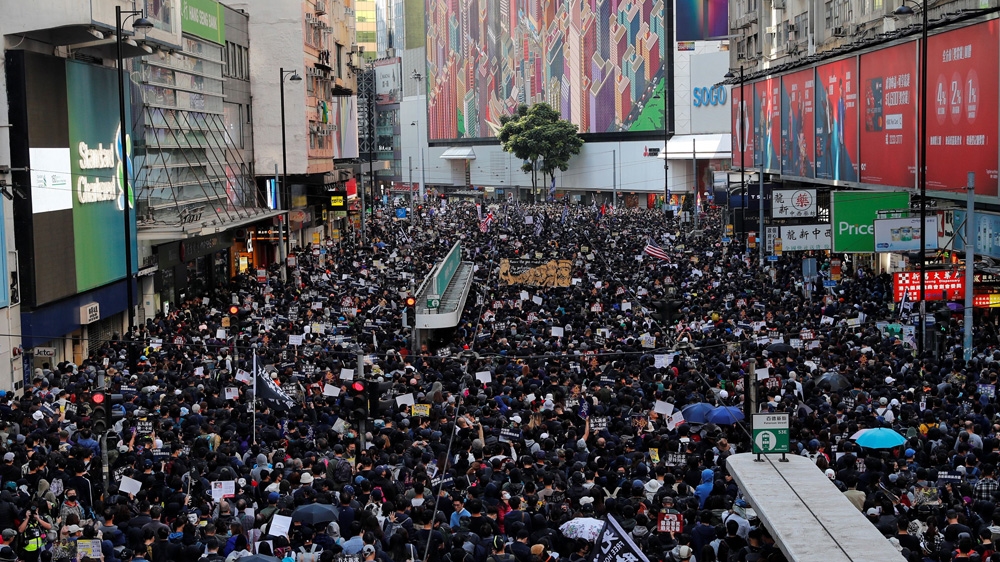 ‘Running out of options’

Sunday’s march was the largest such event approved by the police in more than three months.

Even though the freedom of assembly is enshrined Hong Kong’s own constitution, an ordinance inherited from the colonial era mandates a letter of no objection from the police for any march of more than 30 people.

But in recent months, the police have repeatedly rejected protester requests for such letters citing clashes at previous gatherings.

The march remained mostly peaceful as it wound down by nightfall, but both the High Court and the Court of Final Appeal along the route were charred by petrol bombs.

Two weeks ago saw the last mass mobilisation – for district council elections in which nearly 1.7 million voters handed a sweeping victory to the pro-democratic camp with an all-time record turnout of 71 percent.

“If the protesters didn’t keep up the pressure, the government would likely think the movement has lost steam after the electoral landslide,” political commentator Ching Cheong told Al Jazeera.

Taking a break from the march near the High Court, Water Cheng said he would keep going in order to bring pressure to bear, not least because there was no other choice.

“We’re running out of options. We’ve got no hope for our government knowing it’s Beijing that’s propping it up,” said Cheng, 57, a computer engineer. “But I know this is a long-term struggle.” 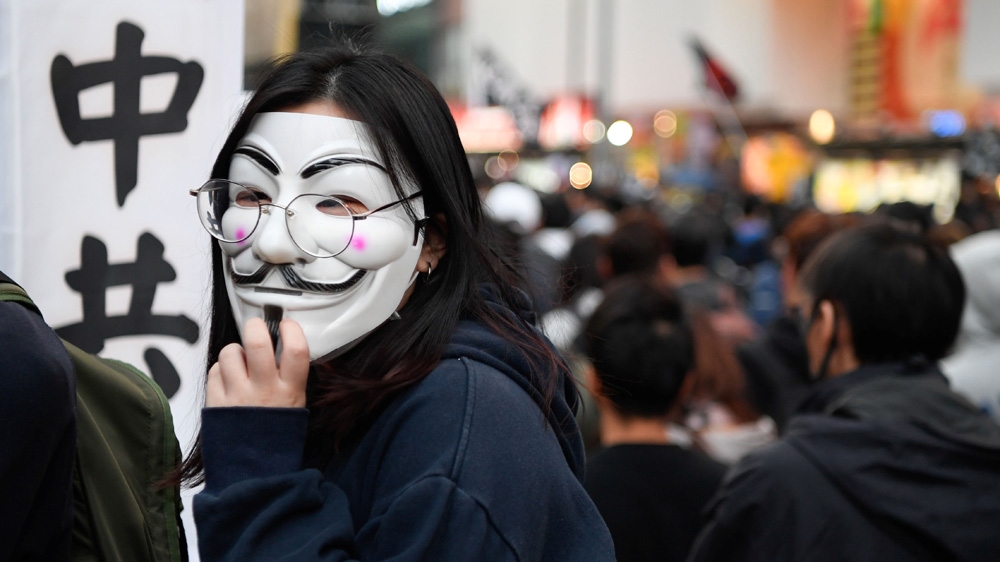 The march organisers pegged the event to Human Rights Day, proclaimed by the United Nations as 10 December of every year to honour the Universal Declaration of Human Rights in 1948.

This weekend also coincided with the 40th anniversary of the “Kaohsiung Incident” in Taiwan, among the first countries where activists harnessed the significance of the Human Rights Day to press for democracy.

The 1979 event ended in a crackdown by military police in the then one-party state under martial law.

Four decades on, the fight is now across the strait. Organisers in Hong Kong are voicing their hope to garner worldwide support, declaring in a statement that “our rally today is to gather everyone in Hong Kong to defend our city as well as advancing international human rights movement with global civil society.”

Buoyed by the passage last month in the United States of the Hong Kong Human Rights & Democracy Act, which threatens to sanction officials that trample on rights and freedoms in the territory, protesters have since ratcheted up their outreach to other countries.

“The protesters have been internally focused, but now they’re getting on Twitter to help people understand what’s going on,” said Lokman Tsui, who specialises in new media at the Chinese University of Hong Kong.

Legislators and student activists have formed delegations to fan out across the globe lobbying in such capitals as Brussels, London and Canberra.

They felt encouraged by the news last week that Australia began a new parliamentary inquiry which will examine if Canberra should adopt legal measures comparable to the US’s Magnitsky Act to impose sanctions on all those who commit gross human rights abuses.

Observers said the US legislation is an initial success, but it is only the start.

“When facing off a monolithic regime, it’s important to ask for help from the international community in order to apply pressure on China,” said Ching. “This may well prove to be a workable strategy.”