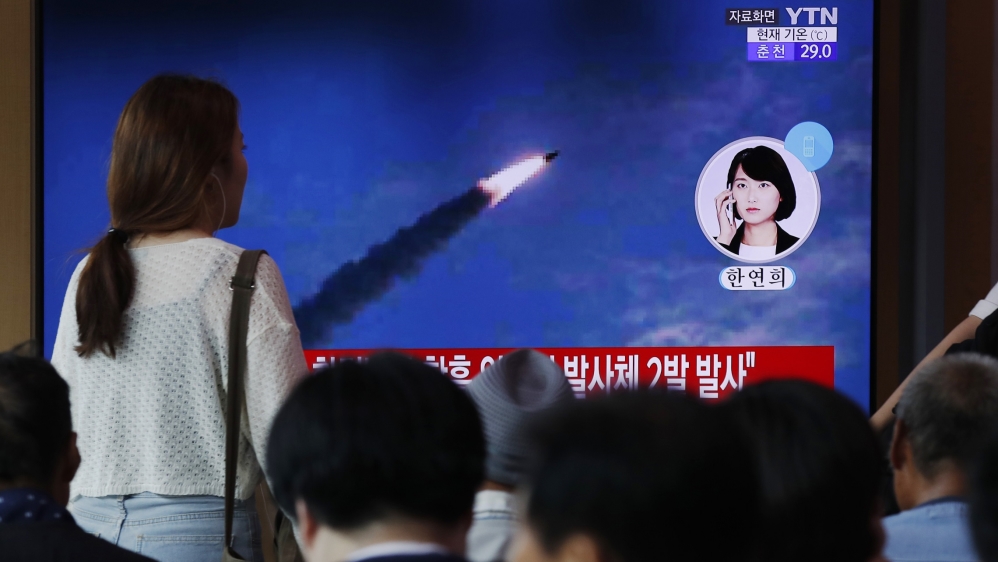 North Korea’s state media on Saturday lashed out at Japanese Prime Minister Shinzo Abe as an “imbecile and political dwarf” for calling Pyongyang’s latest test of a large multiple-rocket launcher a ballistic missile launch and warned he may see a real one in the near future.

North Korea fired two short-range projectiles into the sea off its east coast on Thursday in a fourth test of its new “super-large multiple-rocker launcher, ” with North Korean leader Kim Jong Un expressing “great satisfaction” over the latest test.

In the wake of Pyongyang’s firing, Abe said on Thursday that North Korea’s missile launch was a threat to Japan and the international community, and that Tokyo would monitor the situation with its partners.

“It can be said that Abe is the only one idiot in the world and the most stupid man ever known in history as he fails to distinguish a missile from multiple launch rocket system while seeing the photo-accompanied report, ” North Korea’s KCNA news agency said, citing a vice director-general of the North Korean Foreign Ministry’s Department of Japanese Affairs.

“Abe may see what a real ballistic missile is in the not distant future and under his nose … Abe is none other than a perfect imbecile and a political dwarf without parallel in the world.”

UN Security Council resolutions ban North Korea from firing ballistic missiles and using such technology, but North Korea rejects the restriction as an infringement of its right to self-defence.

The latest missile tests and increased rhetoric come as a year-end deadline Kim has set for the United States to show flexibility in their stalled denuclearisation talks.

Their kids died on the psych ward. They were far from alone, a Times investigation found

Doug Ford doubles down on pledge to push for national unity