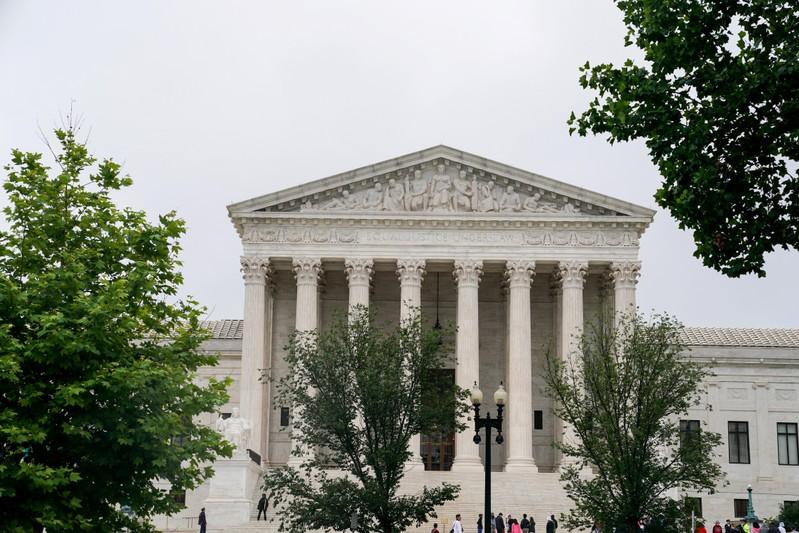 WASHINGTON (Reuters) – The U.S. Supreme Court on Monday allowed a prominent climate scientist to pursue a defamation lawsuit against a conservative magazine and a think tank that compared him to a convicted child molester.

The justices declined to hear appeals filed by National Review magazine and the Competitive Enterprise Institute seeking to overturn a lower court’s ruling that allowed the lawsuit filed by scientist Michael Mann to go forward.

One justice, conservative Samuel Alito, dissented, writing that the case raised questions “that go to the very heart of the constitutional guarantee of freedom of speech and freedom of the press.”

Mann, a Penn State professor known for his research on climate change, filed suit in a local court in the District of Columbia in 2012 after online posts by the magazine and think tank that compared him to convicted child molester Jerry Sandusky, a former assistant football coach at the same university in State College, Pennsylvania.

Mann over the years has clashed with groups and individuals who have sought to discredit his work. He is best known for what is called a “hockey stick” graph that showed an increase in global temperatures in the 20th century.

Scientific organizations rejected criticism of Mann’s work after investigating the matter. Criticism of Mann by conservative climate change skeptics increased after some of his private emails were leaked in 2009.

The Competitive Enterprise Institute is a libertarian think tank that has said it “questions global warming alarmism.” In a 2012 post published on a CEI website, former CEI fellow Rand Simberg compared the investigations into Mann with the then-recent national controversy over Sandusky, who was arrested in 2011 and convicted in 2012 of sexually molesting 10 young boys.

“Mann could be said to be the Jerry Sandusky of climate science, except for instead of molesting children, he has molested and tortured data,” Simberg wrote.

In a later post on National Review’s website, conservative writer Mark Steyn quoted from Simberg’s article and referred to Mann’s research as “fraudulent.”

CEI later removed the Sandusky comparison. The National Review refused to retract its post and instead published a response from its editor Rich Lowry with the headline: “Get Lost.”

Two different judges refused to dismiss Mann’s lawsuit, prompting the defendants to appeal. The appeals court ruled in favor of Mann in 2016 and in March of this year the District of Columbia Court of Appeals declined to rehear the case.

Reporting by Lawrence Hurley; Editing by Will Dunham