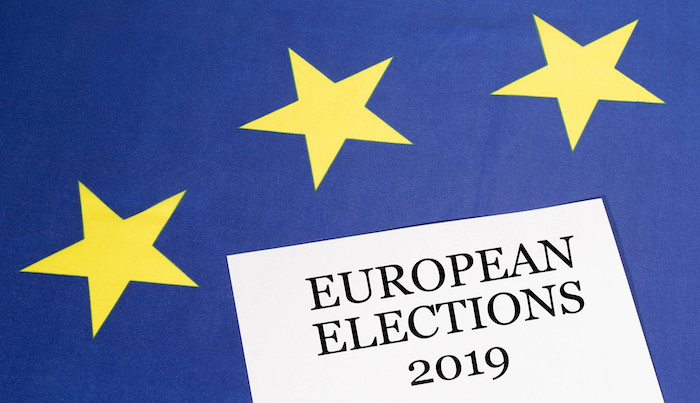 In May 1832, a political and ideological struggle between Reformers and Reactionaries brought Britain the closest it has been to revolution. In the “Days of May” of 1832, Britain abandoned its stagnant, century-old politics that had barely changed since the Acts of Union in 1707, and entered a new phase in which politics became formalised. The old ways were gone, and a painful transition dragged the British into a new era. Something similar is happening now. For the last three years it has been impossible to go an entire day Great Britain without saying, reading, or hearing, the word “Brexit”. It’s unlikely that the next three years will be any different. Earlier this year the cumulative fatigue led to Brexhaustion, a national and parliamentary paralysis, as Leavers and Remainers were united in how tired they are of the whole process and how Brexit seems to be a state of permanent impermanence, a limbo in which we can’t go forward, can’t go back, and just exist in a political no-man’s-land. But now the country has a second wind, and both sides are bringing up debates old and new, in response to two major plot changes. The Days of May are back.

After nearly three years as the Prime Minister who said she would not resign until Brexit has been delivered, Theresa May has resigned without Brexit being delivered. This was motivated by multiple reasons. In a desperate attempt to bring her Withdrawal Agreement before the House of Commons a fourth time (the first time in British history that a government has brought a failed bill to vote, four times), May offered MPs the option of voting on a second referendum – if they passed her bill. She promised that if they voted for her on a fourth vote, they could maybe vote on whether to have a second vote. Unsurprisingly, this destroyed the last shreds of her credibility. To make things much worse for Mrs May, polls for the European Parliament elections showed a total collapse of public support for the Conservative Party. Although results were not released until the 26th May, the British vote on 23rd May was enough to force Mrs May to resign on the 24th, pushed by her terrified colleagues in the remnants of the world’s oldest political party. This has opened a new phase in the Brexit process.

Choosing the next Prime Minister will be a small, elite affair. Candidates will be whittled down to two in votes by the shrinking Conservative Party membership and MPs, until a successor is chosen. Out of the many candidates, a front runner is obvious. Boris Johnson is deeply unpopular with his fellow Conservative MPs, but a panicking party may well back him as the only candidate with the charisma to fend off Nigel Farage. And as a hard Leaver, this would work in Boris’ favour. He will be able to claw back supporters by arguing that while Farage is a single-issue politician, the Conservatives can deliver hard Brexit alongside a portfolio of other policies. This would reflect the splitting of British society back into two camps – Leave and Remain. Soft Brexit is dead, and the country is now back to the binary choice offered in 2016. To try and rescue the party in the aftermath of its worst defeat since 1834, the Conservatives will likely back Boris and hard Brexit.

The Conservatives are not the only ones facing extinction. Labour performed slightly better than the Tories, but still achieved a pathetic result – particularly pathetic against a government which has been incumbent for nine years, and whose leaders have spent the last three years fighting a vicious civil war. Still dogged by the anti-Semitism scandal, Labour are now also fighting a vicious civil war. Before the elections Jeremy Corbyn, frightened of alienating Leave voters in Labour’s post-industrial heartlands and alienating Remain voters in London and the big cities, chose to sit on the fence and not to mention Brexit. Proclaiming, bizarrely, that Brexit was not an issue for British voters in the 2019 European elections, he failed to put forward anything that even vaguely resembled a coherent position. Where Nigel Farage’s new Brexit Party, and the Liberal Democrats and Greens, clearly backed either Leave or Remain, Corbyn was exceedingly vague. His position was to not have a position, effectively telling potential supporters that Labour neither supported Leave nor Remain, but wanted a general election, but if one didn’t happen then Labour might or might not support the idea of a second referendum. This vague, confusing, and deeply dissatisfying non-position has resulted in Labour’s support plummeting as badly as the Conservatives’, with labour being abandoned by its working-class heartlands and its middle-class Remainer strongholds. The first result announced on the 26th, Sunderland, showed a massive majority for the Brexit Party – in a constituency that Labour have held unchallenged for a hundred years. In his own north London constituency of Islington, Corbyn lost to the Liberal Democrats – and on his birthday, too. Like the Conservatives, Labour is collapsing as Leavers flock to Nigel Farage and Remainers switch to the Liberal Democrats or Greens. The two main parties which, between them, have controlled British politics since the First World War, are facing extinction. But where the Conservatives are aware of the scale of the disaster, to the point of throwing out their Prime Minister and publicly acknowledging the party’s crisis, Corbyn refuses to believe that anything is wrong.

The victors of the European Parliament elections, in Britain at least, are surprising. The LibDems and Greens have made impressive gains (even if the Remain vote is split between them). But by far the most surprising result is Nigel Farage’s new Brexit Party. British politics and the first-past-the-post system are punishingly cruel to small and newcomer parties, as Change UK have discovered. Farage himself realised this in the 2015 General Election, when four million UKIP votes translated into just one seat at Westminster. But the Brexit Party is not UKIP. Formed only six weeks ago, the newborn party has not only survived, it has crushed the ancient titans of Labour and the Conservatives. Nothing better illustrates the new face of British politics than the successes of the Brexit Party and the LibDems – old allegiances are dead, party policies on anything but Brexit are irrelevant, and the country is split into two completely opposed halves, each of which wants something that the other considers an abomination. The British people have known this for three years. Perhaps if Jeremy Corbyn and Theresa May had acknowledged this, the EP results might have been different.

What does this mean for Brexit? Clearly, Theresa May’s withdrawal agreement has failed. The two options left are the two extremes of Hard Brexit or No Brexit. To try and snuff out Nigel Farage a second time, the Conservatives will almost certainly place Boris Johnson in 10 Downing Street, and he will push for a No Deal exit on October 31st. Labour will continue to vacillate, with Jeremy Corbyn continuing his daily ritual of demanding a general election. And with the new European Parliament facing deadlock and the exhausting task of building coalitions, Europe will be in no mood for more nonsense from the British. A further extension of Article 50 is out of the question. A second referendum in Britain would take far too long. And while a general election might be tempting to Boris Johnson as a way of wiping out an exhausted and abandoned Labour Party, his own Conservative Party is too weak to risk it. The net result of the new “Days of May” is that No-Deal Brexit is all but assured. And with the traditionally dominant parties of the European Parliament having lost their majorities to similar nationalist and Green surges, neither the UK nor the EU will be particularly able to manage Brexit.

For Remainers, there is at least one glimmer of hope. When Britain crashes out, 29 Brexit Party MEPs will exit the European Parliament. And diminish the influence of the eurosceptic right. But this will still leave a European Parliament scrambling to form and keep coalitions together; coalitions which may find it much more difficult to deal with the fallout from Britain’s looming exit.

Exploring the Potential of #Holographic Technology – What Will 2020 Bring?